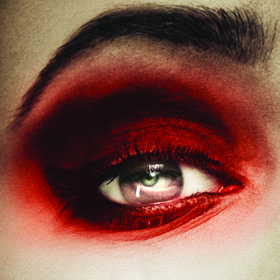 One of the more interesting aspects of going to watch a lot of theatre is the sight of an idea dusted off to be given a new lease of life and then mainstreamed across London until audiences get tired of it again. The current default
position doing the rounds is that staple motif of directors looking for a fresh angle to breathe life into classic texts; playing the play as a play within a play.

Last year Ian Rickson’s Hamlet was set in the world of 1970’s psychiatry and the action unfolded with references abound to RD Laing, Phyllida Lloyd’s Julius Caesar – currently at the Donmar – is set within the confines of a women’s prison and, not having yet seen it, one would imagine that power structures of the play reflect upon the institutional setting. Joe Hill-Gibbin’s take on The Changeling – Thomas Middleton’s and William Rowley’s Jacobean tragedy – appears to be set within a mental institute with the audience taking on the role of paying guests.

The advantage of doing this is that it liberates the text from the confines of the period in which it was written and it allows space for allusions and references that would not otherwise be possible. The criticism is equally obvious – directorial authority runs roughshod over the intentions of the playwright and their director’s decision-making becomes the critical factor in the production.

This is less of a problem for The Changeling – a play where the plot is so bizarre and bloody that it is hard to understand how it could ever be played with serious intent, seemingly more suited to the plays of Le Theatre du Grand-Guignol. Yet there is an enduring popularity to Jacobean tragedy that seems to be shared by mass audiences and critics alike. The revival of The Changeling has been broadly welcomed, whilst Cheek by Jowl’s equally modern take on ‘Tis Pity She’s A Whore was a critical success and tickets for Punchdrunk’s unique, if fantastically over-hyped, production of The Duchess of Malfi in an abandoned Docklands office block were like gold-dust.