As 2013 moves towards its conclusion, Civilian Theatre has delved into the back of the cupboard for some last little snippets for the year. There was no intention to see quite so many plays last year – and certainly not to end up writing up quite so many – it just ended up working out that way. It is only when there is time to sit back and reflect does one begin to find the surprising nature of what does/doesn’t make a post popular, and the fact that people may come from all over the world to read them. It was surprising to discover that Shakespeare made up only 17% of the plays that I saw this year – and only just holds off musicals (although Kiss Me, Kate is an adaptation of The Taming of the Shrew so it is 50:50). I also had to check that over a 1/3 of plays were new works, as these always seem as if they pass Civilian Theatre by. Less surprising but slightly depressing is that only six could be claimed to be pretty much entirely original texts.

Judy Dench, arguably one of the greatest female actors Britain has produced, and Ben Wishaw, spellbinding in the BBC’s Richard II, joining forces to take on the real-life counterparts of two of literature’s most enduring and imaginative childhood creations. It should have been perfect. It wasn’t.

Proving once again that bad publicity is better than no publicity at all, and Civilian Theatre’s first experience of having a review filleted for *ahem* unrepresentative quotes. WAG: The Musical is the unwanted gift that keeps on giving.

Ben Wishaw (again), Rupert Grint, Colin Morgan, That guy off Downton Abbey, Daniel Mays (something for the theatre fans). I cannot guess why this made it into the top 3. I did also learn not to underestimate the twitter power of Colin Morgan fans. 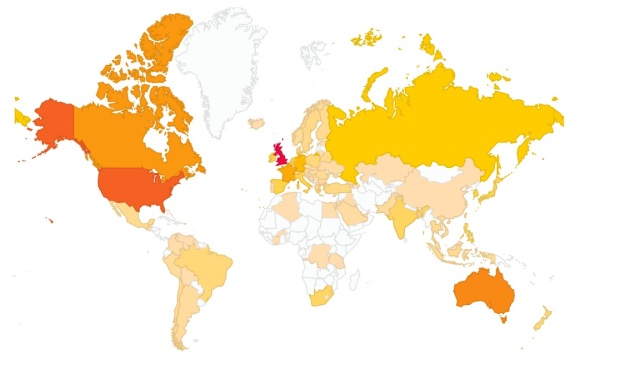 Not reviewed (at least not yet)