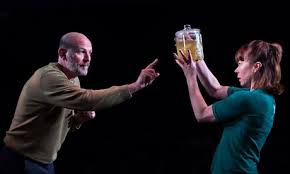 What separates humans from the rest of the animal world? Whilst we have many evolutionary advantages it is surely the way our brain evolved its extraordinary capacity to retain and recall information to such a complex degree that makes human fundamentally different from other animals.

Genetically it may be our DNA that determines that we are biologically human but is it not our memories that are essential in creating personality – in essence what turns a ‘human’ into a ‘person’. Without memories we can be biologically human and be expected to treated as such, but if we lose all sense of our memory and the associated ability to make the connections to identify with our past, can we still be thought of as the same person as we were before?

This argument is a modern conception of the Humean idea of the self. We are made up of instances, of individual perceptions, and it is the continuous linkage that creates the self. Without this ability to tap into these

experiences, to recall them, do we retain the same self?

Part of the problem with answering these questions is that, compared to our other organs, we know laughably little about the brain and how it functions. Neurologists may claim, with assured prognoses, that x image or y area tells us that a person is a serial killer or understands a joke, but this is all inference. We do not know how it works in practice, we cannot say with certainty what is in a brain that makes one person a genius and another a fool.

This is the starting point for Nick Payne’s latest play, Incognito. Payne takes the remarkable story of Einstein’s brain and uses it to frame a complex, demanding but ultimately satisfying investigation into the fragility of humans, both as physical objects and emotional beings.